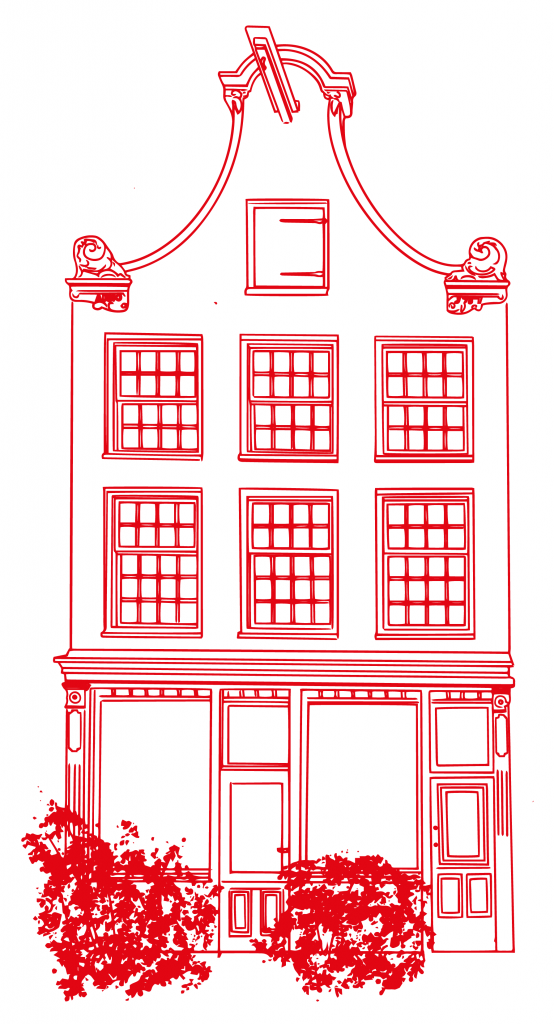 Opening Hours
By appointment till the end of June

Kersgallery is a contemporary art gallery in the center of Amsterdam and is founded in 2013.

The modern artworks shown in the gallery are personally curated by Annelien Kers. Her primary goal is to be innovative and to show new tendencies and individuals, focusing on both Dutch and international artists. Interesting combinations of contemporary artworks, lots of colors and a vibrant atmosphere are her key-elements. She wants art to be surprising, beautiful, new and to create tension.

The gallery shows anything from drawings, paintings, and photography to sculptures, installations, and performance and video art. The works can be viewed at exhibitions in the gallery that change almost monthly.
Some artists that are represented by Kersgallery are the painter Marc Mulders, the sculpture Karen Sargsyan, multi-talented artist David Bade, young talented artist Raquel Van Haver, but also new artists like designer Bas Kosters, painter Tessa Chaplin, and multifaceted Iwan Smit.
You can also find Kersgallery at multiple (inter)national fairs like VOLTA Basel, Art Rotterdam, and Art on Paper Amsterdam throughout the year.
Kersgallery is a participant of the ‘KunstKoop regeling’ from the Mondrian Fund.
Also, Kersgallery is represented on the art platform Galleryviewer and Artsy

In 1938, French philosopher Georges Bataille gave two lectures in Paris titled “Attraction and Repulsion”, in which he raised the question why people are drawn to things that they otherwise regard as horrific? Bataille associated this peculiar paradox with curiosity and suppression, or, that we are curious of horror at the same time we suppress the desire of it.

In contemporary culture, the attraction repulsion paradox is evident in widespread consumption of violent movies, where we basically watch deaths, mutilations and all sorts of violent acts as a form of entertainment.

American philosopher, Noel Carroll, who later deepened Batailles speculations in his book The Philosophy of Horror: Or, Paradoxes of the Heart, argues that we are drawn to this form of entertainment because we enjoy feeling fear or disgust without really being threatened by it. The key in the attraction repulsion paradox is therefore fictional, or knowing that the threat is not real but feeling it anyway, thus creating inconsistency between our thoughts and feelings.

A very important factor in the attraction repulsion paradox is the language of aesthetics. We may be horrified when we see a murder committed on screen, but also captured and fascinated by the aesthetic language of the filmmaker. A great example of this is the famous shower scene in Alfred Hitchcock´s, Psycho. When Marion, a guest at Bates Motel, is taking a shower and Norman, the insane motel owner dressed up in his dead mother´s outfit, attacks her and repeatedly stabs her naked flesh with a kitchen knife. Gasping for her last breath Marion grabs the shower curtain and tears it down as she falls to the floor. The camera then focuses on the blood being washed down the sewer and zooms into the dark void of the drain. It is an absolutely perfect scene where one is caught up in a conflict of being repulsed by a brutal act but attracted by formalistic beauty.

The attraction repulsion paradox plays a big role in the history of art, spanning from artists like Caravaggio and Francisco Goya to the likes of Edvard Munch and Francis Bacon.

It is in this peculiar paradox, as well as joint fascination for Hitchcock´s craft, that Dutch artist Gé-Karel van der Sterren and Icelandic artist Jón B. K. Ransu meet within the walls of Kers Gallery. Van der Sterren is well known for conflicting imagery, such as sweet colourful skies in post-apocalyptic landscapes, hints of tranquility in disaster areas or plant eating insects crawling up the stem of a beautiful sprouted flower, while Ransu takes on the conflicting perceptions of absence and presence with obvious references to the history of art and filmmaking.

The two artists studied together at AKI in the early nineties and shared a studio for a while where they influenced and encouraged each other with discussions and debates about painting and aesthetics. Oddly enough, after 30 years of friendship, the two have never exhibited together. Until now.

Jón B. K. Ransu is a visual artist, author and curator living in Reykjavík, Iceland.

Ransu mainly focuses on revision of art as in art history and perception. In the fifth volume of Icelandic Art History, published in 2011, art historian Gunnar Kvaran writes: “Ransu has done a variety of experiments that relate to, among other things, the expropriation of painting and the perception of the viewer”(Gunnar Kvaran, “New Paintings, Performances and installations”, Icelandic Art History: From the late 19th century to the beginning of the 21st century, The National Gallery of Iceland, 2011, p. 85).

Ge-Karel van der Sterren is a dutch painter that was exhibiting around the world soon after his graduation.
In 2009 he made the monumental piece ‘Oopsie Daisy’ that is 14 meters wide and 3 meters high for the Gemeentemuseum Den Haag. This painting was representing Ge-Karel’s vision at the consumption society that we live in today.